What is Lube Oil Used For?

Dry friction will happen when the engine is running if some friction elements are not adequately oiled. The heat generated by dry friction in a short time will melt the metal, causing damage to the machine parts and various failures.

Therefore, it’s essential to properly lubricate the engine’s frictional components. Lubricating oil will adhere to the friction surface to form an oil film, reducing the resistance between friction parts.

Note: The strength and toughness of the oil film are the keys to its lubricating effect, and the amount should not be too large.

Most of the heat generated by the combustion of fuel in the engine is discharged into the atmosphere with the exhaust gas, and part of it is also taken away by the cooling medium in the engine.

Excess heat in the engine must be removed from the body, otherwise the engine will burn out due to overheating. This is accomplished by the engine cooling system on the one hand, and on the other hand is taken to the oil pan to distribute by lubricating oil after absorbing heat from surfaces such as cylinders, pistons, and crankshafts.

During the operation of the engine, many pollutants will be produced. For example, the dust, sand and soil brought in the air, the jelly formed after the oxidation of lubricating oil, the carbon deposit formed after the combustion of the mixed gas, and the metal shavings produced by the friction between the parts, etc.

The circulating flow of lubricating oil in the body can clean these pollutants.

When the engine is running or stored, the atmosphere, lubricating oil, moisture in the fuel, and acid gas generated by combustion will cause corrosion and rust to the parts, thereby increasing the damage of the friction surface.

Lubricating oil can form an oil film on the surface of machine parts, which can avoid direct contact between machine parts and water and acid gas, and prevent corrosion and rust.

Lubricating oil forms an oil film in these gaps, which will ensure the sealing of the cylinder, maintain the cylinder pressure and engine output power, and prevent the exhaust gas from scurrying downward into the crankcase.

At the end of the compression stroke, the mixture begins to burn and cylinder pressure rises sharply. At this time, the lubricating oil in the bearing gap will ease the impact load on the piston, piston pin, connecting rod, crankshaft and other parts, prevent direct metal contact, and make the engine work smoothly.

What is Lube Oil Purifier?

It integrates the functions of automatic demulsification, high-efficiency dehydration, precision filtration, etc., and can effectively filter out water and impurities in the oil.

This type of vacuum lubricating oil purifier is based on the principle of vacuum separation, and is suitable for industrial oils such as turbine oil, mechanical oil, hydraulic oil, compressor oil, and refrigerating machine oil with kinematic viscosity less than 320m㎡/s.

It can solve the problems of water ingress, emulsification and particle pollution caused in production, transportation and use.

It can solve the problem of high water content, serious emulsification, and deep dehydration. 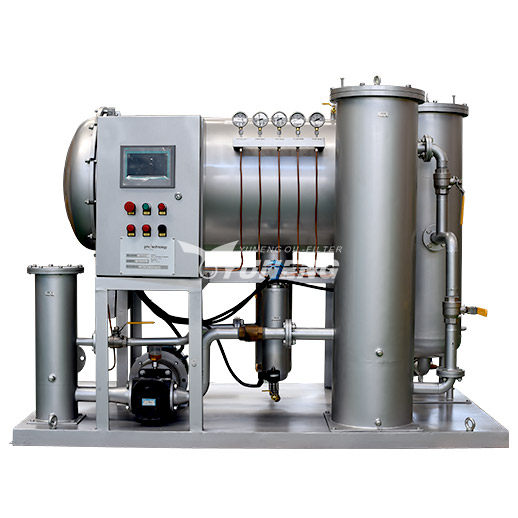 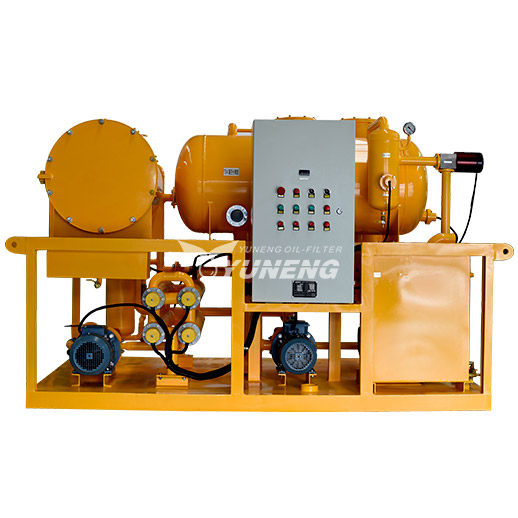 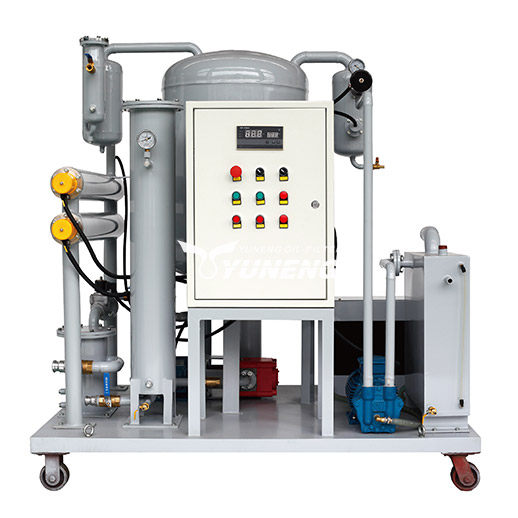 Why is There a Lot of Water in Turbine Oil? 1.Main reasons: during the installation and operation of the steam turbine unit, water enters the turbine oil system due to...

This article will analyze the differences between hydraulic oil and turbine oil in terms of definition, function, and precautions for use. The Difference Between the Definition of Turbine Oil and...

The oil-immersed transformer is an important piece of equipment in modern power networks, and the safety of equipment operation has a direct impact on the power supply network. Insulation drying...